I love hats, but will not don on one easily. I admire people wearing hats, but will not do so myself. I envy those that carry a hat with elan, but will not place one on my head. I am just too concerned about my hair getting messed up, or fall flat around my face ! A phobia of a sort ? Perhaps…….so I coined the word ‘hat-phobia’. So, grammar pundits, don’t kill me !

The two pictures you see me in hats in this collage – I was compelled to wear them !! 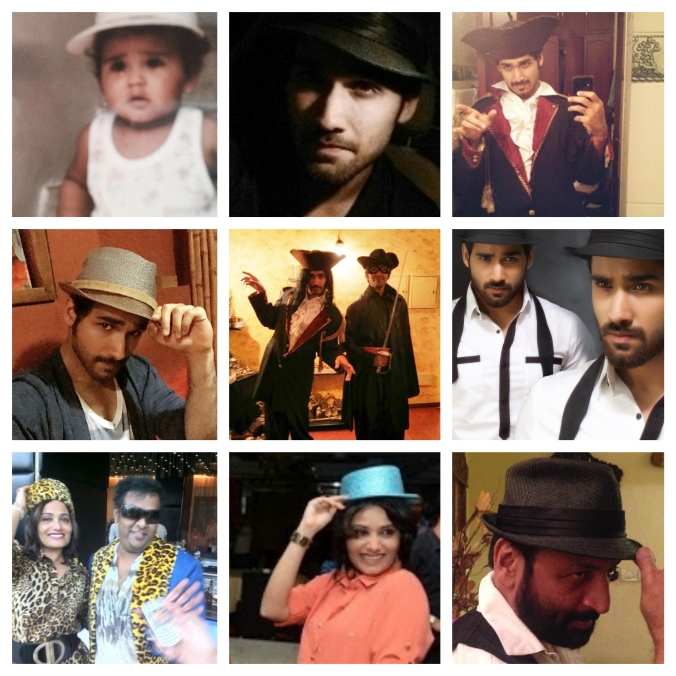 Most of the pictures above are of my son (he is an actor), the first one in babyhood. The second and fourth being simple hat-moments, the third and fifth at a theme party. Sixth for a photo-shoot, captured by Sudarshan Balaji, an ace photographer of Chennai. Seventh and eighth – yours truly and the last one, of my husband. I have pictures of some other friends too, but a tad unsure if they would appreciate them being displayed here.

I hero-worship this legendary actor of India, Amitabh Bachchan. I really don’t remember where I clicked this shot. In admiration of the way he has styled his hat ! 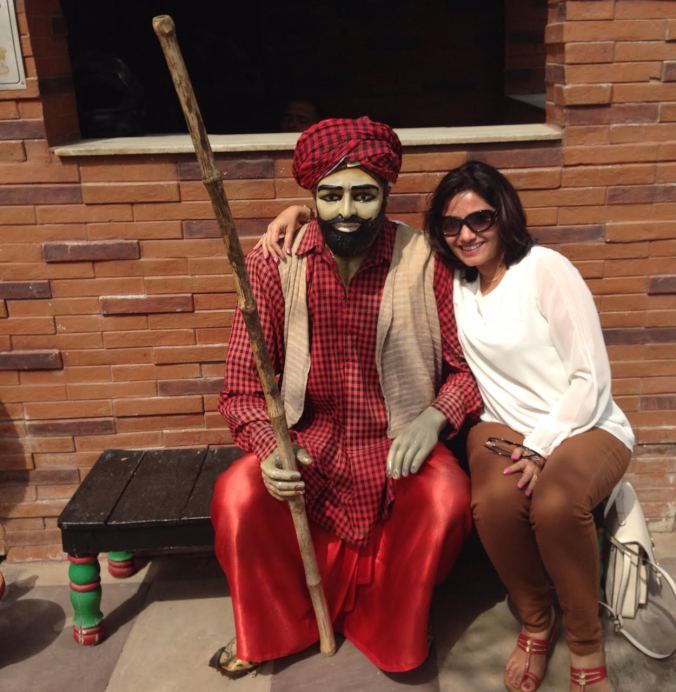 Outside a Mughlai restaurant in Delhi

I have taken the liberty to deem this turban, a hat. Simply because it is pre-wound as a head-gear for this north Indian statue. Wearing this kind of turbans is common among Sikhs. Turbans (hats) have also been often worn by the Indian nobility, regardless of their religious background. These days, it has  become a common practice for bridegrooms  and their male relatives, to wear turbans (hats) during weddings in India, irrespective of their religious faith.

Another liberty taken. A wig-hat as it is termed for a costume party. You can see strands of my hair underneath the hat, So hat it is !

An idea just dawned upon me. I could perhaps carry a can of dry-shampoo in my handbag and plump up my hair, in the event of a hat flattening my bouncy hair. I am going to bring out my wide-hats and await another challenge, for the hat-challenged !!!!!!

3 thoughts on “Cee’s Fun Foto Challenge – Hats and my hat-phobia !”